We live in a time of stark and often violent paradoxes: the increasing liberalisation of social values in some parts of the world compared to increasing fundamentalism in others; the wealth of scientific discovery and technological advances in contrast to climate denialism, “post-factual” and conspiracy-driven politics; freedom of movement for goods and finance while individual movement is ever more constricted and subject to law; a drive towards agency, legibility and transparency of process while automation, computerisation and digitisation, render more of the world opaque and remote. At every level, mass movement of peoples and the rise of planetary-scale computation is changing the way we think and understand questions of geography, politics, and national identity.

These ever-increasing contradictions are seen most acutely at the border. Not merely the border between physical zones and between nation states, with their differing legal jurisdictions and requirements for entry and residency, but also the border between the physical and digital, when we apparently – but perhaps misleadingly and certainly temporarily – cross over into a different zone of possibility and expression.

This contradiction is also clear in the balkanisation of newly independent and fragmenting states, and in the rising current of nationalism across Europe, which seems to run in parallel to, and might even be accelerated by, digital connectivity. Some of the most outwardly regressive powers themselves employ what Kremlin theorist Vladislav Surkov has called “non-linear strategy”: a strategy of obfuscation and deliberate contradiction clearly indebted to the convolutions and confusions of the digital terrain – and of art. As ever more varied expressions of individual identity are encouraged, revealed, made possible and validated by online engagement, so at the same time a desperate rearguard action is being fought to codify and restrain those identities – online and off. These new emergent identities are, inevitably and by necessity, transient and contingent, slippery and subject to change and redefinition.

The Transnationalisms conference acknowledges and even celebrates the contradictions of the present moment, while insisting on the transformative possibilities of digital tools and networks on historical forms of nationalism, citizenship, and human rights. While the nation state is not about to disappear, it is already pierced and entangled with other, radically different forms. Alternative models and protocols of citizenship, identity, and nationhood are being prototyped and distributed online and through new technologies. Transnationalisms examines the ways in which these new forms are brought into the physical world and used to disrupt and enfold existing systems. It does not assume the passing of old regimes, but proclaims the inevitability of new ones, and strives to make them legible, comprehensible, and accessible.

Credits and more information about this event and its side programme: HERE 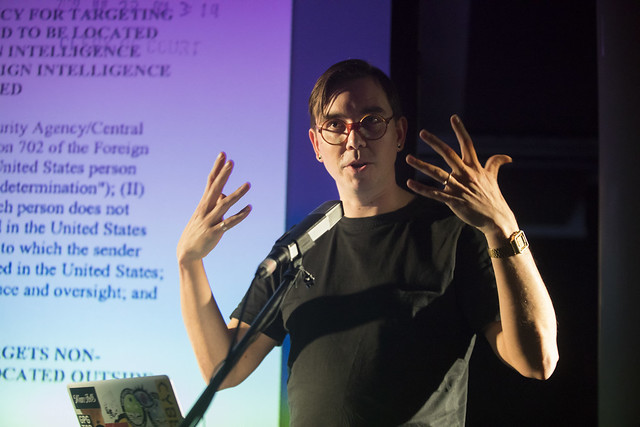