Psychological Warfare, also called PSYOPS, is a strategy used in military and government intelligence networks aimed at influencing the emotional, cognitive and rational structures of governments, organisations, groups, and individuals, in order to change their behaviours and ultimately their purposes and goals. PSYOPS tactics are deeply rooted in the diverse techno-social arrangements that lie at the core of algorithmic governance, yet they are often ignored or overlooked by most global citizens, who nevertheless operate within such arrangements. With increasing distrust in “The Cloud” comes a broad call for publicly-owned network infrastructures that would give users greater control over their personal communication, data and identities.

In this 8-hour, hands-on workshop we will try to connect the dots between PSYOPS, psychology, propaganda, surveillance, the internet, data and algorithms, and we will underline the need to build alternative networks to retain sovereignty over our communications technologies and natural resources.

In the first part of the workshop, Joana Moll will give participants a deep understanding about the many mechanisms used by corporations, agencies and governments to collect, sort and exploit personal data, along with the main social, political and environmental impacts of such processes.

In the second part, Sarah Grant will introduce participants to the basic building blocks of computer networking, command line interface and WiFi communication. We will learn how to self-host our own web servers, file servers and personal wireless networks. These servers will allow their users to send messages, publish websites and share files across an offline local area and mesh network.

This workshop is part of the 7th edition of the Tactics&Practice conference series held in Ljubljana in March 26-27, 2019. 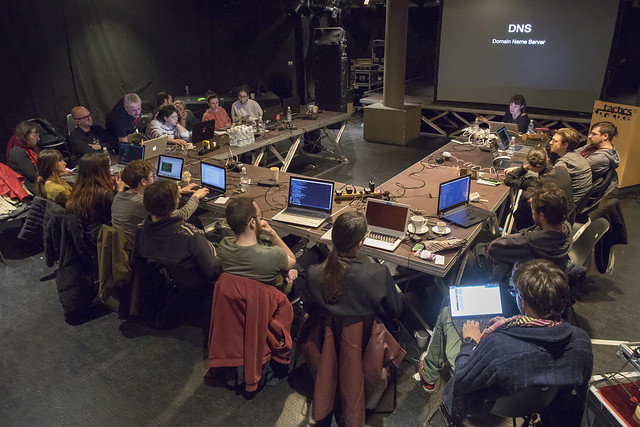