In 2011, a group of artists and engineers published the “Critical Engineering Manifesto”, since translated into 18 languages. Around the manifesto, originally written by Julian Oliver, Gordan Savičić and Danja Vasiliev, gathered a larger group – the Critical Engineering Working Group – now including also Sarah Grant, Bengt Sjölén and Joana Moll.

In true avant-garde fashion, the “Manifesto” launches by describing Engineering as “the most transformative language of our time, shaping the way we move, communicate and think”, thus, it is the work of the Critical Engineer “to study and exploit this language, exposing its influence”. Further, a Critical Engineer “recognises that each work of engineering engineers its user”, considering “any technology depended upon to be both a challenge and a threat”. And so the manifesto unfolds.

Nearly ten years later, the relevance of the “Critical Engineering Manifesto” has only become more evident, as an ever-growing public becomes aware of the techno-political implications of using – and depending upon – integrated systems and complex, networked technologies. Today, one can find its 11 points listed on the walls of hacklabs, museums, engineering and media-art academies, and in a great many texts, the world over.

The Tactics&Practice event entitled Critical Engineering comprises an exhibition, a seminar and a workshop, underlining the artistic, theoretical and educational work done by the Critical Engineering Working Group along the last decade. The seminar will host all the members of the group – all of them recognised artists with long individual artistic careers – using their statements and their projects as case studies to analyse the transformative potential of Critical Engineering in the context of a tactical and technical arts practice.

More about the workshop: HERE

More about the exhibition: HERE 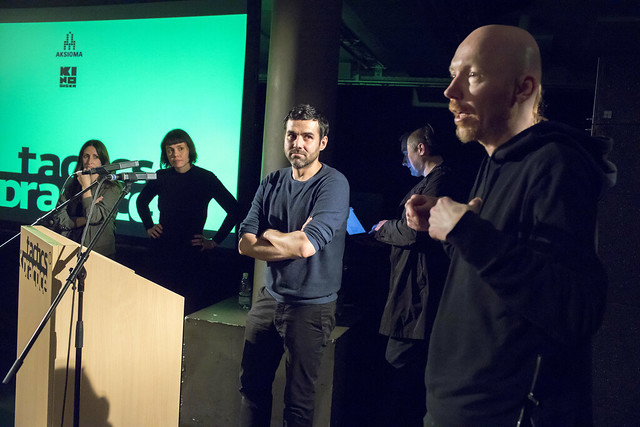 Joana Moll and Making Sense of the Internet