an archeology of silence in the digital age

“I have not tried to write the history of that language (A/N the language of psychiatry) but, rather, the archeology of that silence.”
― M. Foucault, Madness and Civilization, 1961

In an era when connectivity is taken as a given, communication is often thought of as free and boundless. As network infrastructures increasingly disappear into the environment, to always be in touch has come to be felt as natural. Posts, chats, comments and multiple instant reactions shape an image of a space where communication is immediate, vivid and often noisy. But how accessible, inclusive and democratic is this space at the same time? Overwhelmed by the busyness and speed of today’s environments, seldom do we get to reflect upon recurring forms of exclusion and absence: What about voices that cannot be heard on “feeds” and streams of information? Who gets to speak? Who listens in and who remains silent?

Artists Christoph Wachter and Mathias Jud have been paying special attention to the different forms of silence that prevail on the Internet. With their work, they aim to undermine power structures while also developing tools and systems of communication for those in need. They uncover network mechanisms, expose cases of censorship and surveillance, and embrace infrastructural literacy as a response to the dominance of today’s network infrastructures. Minorities deprived of the possibility to connect, people fleeing in fear of being tracked, citizens suffering violent Internet black-outs, as well as users wishing to react to the constant capturing of their data are the ones the artists have been turning their attention to. In areas such as the suburbs of Paris, the island of Lesvos, the cities of the Arab Spring, even the very center of Berlin, they have worked alongside communities and activists to develop independent zones of communication that users themselves can control and sustain. Bringing back to the foreground what the 90s community network pioneers once called the “freedom to connect,” Wachter and Jud formulate possibilities for communication, opposing silence and exclusion.

For the exhibition “…” an archeology of silence for the digital age, the artists have built a communication network similar to the ones they set up in the open space. Two network terminals and one mobile network unit, functioning independenty of the Internet are hosted in the show. Their distinctive tin-powered antennas held by minimal wooden structures allow the signal to reach great distances of connectivity. The mobile network unit – called “Gezi Park Edition” – offers citizens and users the possibility to set up a local communication network anywhere and at any time. The visibility, materiality and tangibility of these infrastructures invite us to experience the aesthetic, technological and social elements that they involve. Viewing, accessing and trying out these counter-infrastructures, we get to join different zones of connectivity that remind us of the power asymmetries as well as of our very role and silence in the connected world.

Credits and more information about this event and its side programme HERE. 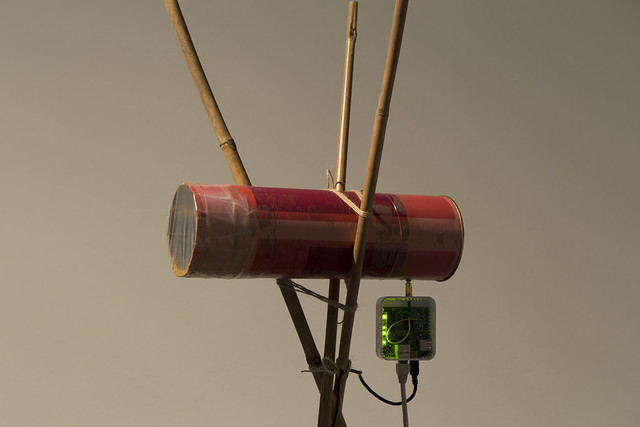